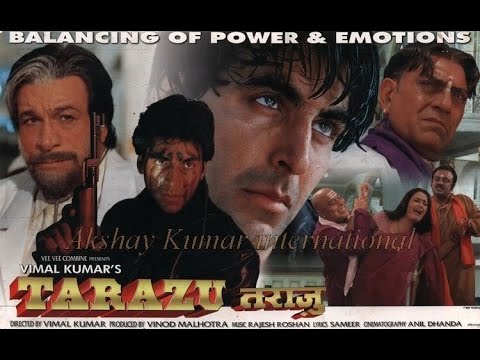 Police Inspector Ram Yadav (Akshay Kumar) is an honest, handsome, and incorruptible young man. He lives with his sister-in-law, Shakuntala (Shashi Sharma), and elder brother, Raj (Anil Dhawan). A lovely yet petty thief, Pooja (Sonali Bendre) admires Ram so much that she moves in to his house in the guise of a maid-servant, and eventually claims that she is to bear his child. Ram, unable to handle this, agrees to marry her. His duties and investigation lead him to suspect the influential Appa Rao (Amrish Puri). Appa Rao is enraged at Ram, and watches and waits for an opportunity to strike back at him. Janardan (Mohnish Behl), Appa Rao’s spoiled and wayward son, initially attempts to pick up a college girl. When she refuses and humiliates him publicly, he retaliates by setting her on fire in broad daylight, in front of several college students. No one is bold enough to stop Janardan, nor even attempt to save the girl. When Ram finds out, he immediately arrests Janardan and holds him in custody. This enrages Appa Rao even more, and he schemes against Ram,