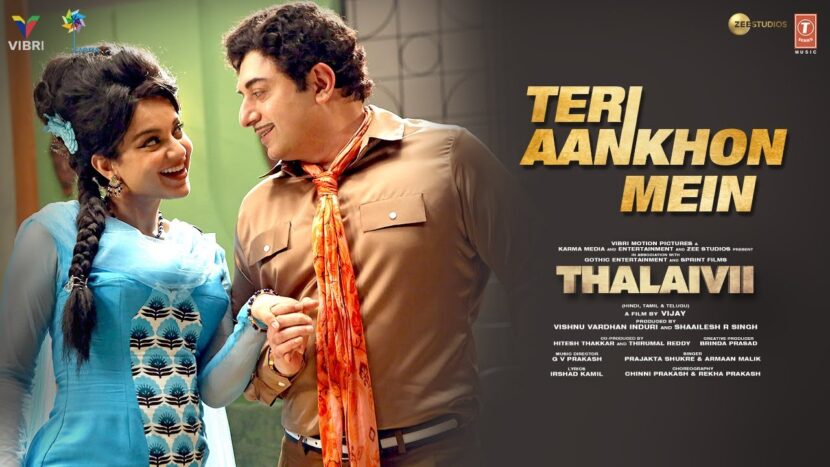 Presenting the official video of the second song ” Teri Aankhon Mein ” from the upcoming Bollywood movie “Thalaivii”. The song is sung by Armaan Malik & Prajakta Shukre, Music by G.V Prakash Kumar, and the lyrics are penned by Irshad Kamil. The iconic story is being portrayed by Kangana Ranaut.

THALAIVII chronicles the life and times of the legend – Jayalalithaa! For the first time, the untold story of Amma- the nation’s revolutionary hero is being portrayed on the big screen.

The film will showcase Jayalalithaa’s inspirational journey from a 16-year old debutant in the world of Tamil cinema who goes on to become a superstar and eventually becomes Thalaivia revolutionary leader.

The iconic story is being portrayed by the iconic actor Kangana Ranaut. Opposite to her stars Arvind Swami as MGR – Thalaivi’s inspiration, love interest, and mentor.